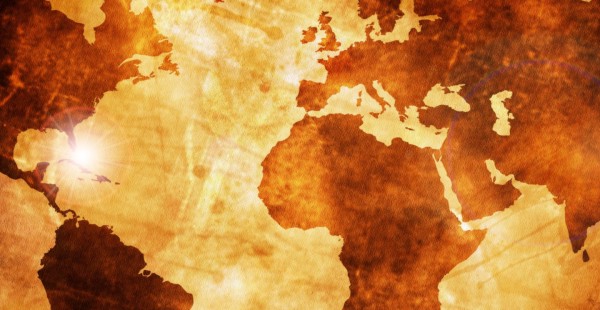 Case In Point: A lawsuit was filed in Miami-Dade County Circuit Court on behalf of plaintiff Ferguson Enterprises, Inc. against Grupo Unidos Por El Canal, S.A. (GUPC), a consortium of leading construction companies that  includes Spain’s Sacyr Vallehermoso, Italy’s Impregilo, Belgium’s Jan de Nul and Panama’s Constructora Urbana (CUSA). GUPC is based in Panama City, Panama. The consortium is best known as the main contractor responsible for the design and construction of the Panama Canal’s third set of locks —the largest contract under the Panama Canal’s US$5.25bn expansion program.

“The defendant, GUPC, still refuses to make good on its obligations despite having knowledge of the lawsuit,” explains Cueto, whose law firm brought the suit, together with the Barthet law firm, against the consortium. “It appears that the defendant wants us to pursue it in Panama. There’s a good reason for that: Panama law makes it very difficult for a foreign plaintiff/judgment creditor to collect against a Panamanian corporation.  To the extent GUPC has assets in the U.S. or other parts of the world, the plaintiff intends on pursuing that angle also.”

“Of all of the invoices one remains outstanding and up to this day they refuse to pay,” says Cueto. “We think it’s because they are hiding under the Panamanian law that make it very difficult for you as a foreigner to collect as a judgment debt located in Panama.”

“Even serving process in Panama against a judgment debtor giving a notice of lawsuit can take up to a year,” he continues. “And that’s if they accept it. If they do, the next hurdle would be what’s called ‘domesticate the judgment’ in Panama. That is having the Panamanian courts recognize the US judgment. That is very difficult to do, again, given the very stringent laws and the protection afforded to Panamanian companies.”

Q| Would you have to try the case in Panama if the case is accepted by the Panamanian courts?

“Potentially what it means is that if they don’t answer the lawsuit, they will default in the USA, which would [mean] essentially that Ferguson, the USA client, would win the lawsuit. With that judgment they could collect against assets that the consortium may have in Florida, other parts of the United Estates or elsewhere to satisfy that judgment.”

“However, obviously, most of the assets probably be located in Panama, so it’s going to be very difficult, even with the default judgment, to collect in Panama. That is why most judgment creditors in the US dealing with a foreign defendant or foreign judgment debtor look elsewhere.”

Q| What are the precedents?

“A very famous example is the case of the judgment that Ecuador has against Chevron for the contamination of the Amazon basin in the 1980’s,” Cueto cites.

“It was a huge class action suit that started in 1995. Eighteen years later, the case is finally finished, concluding with an $18 billion [judgment] against Chevron. So the Ecuadorian plaintiffs have gone all over the world trying to collect assets belonging to Chevron. Recently they went to Argentina and the Argentinean court throws the assets of Chevron as part of this effort by the Ecuadorians to get their assets wherever they are located in the world.”

Q| Could similar actions be taken in the Ferguson case?

“At a much smaller scale this is going to happen against the GUPC consortium in Panama,” Cueto confirms.

Q| What other international arbitration cases is your law firm currently handling?

“One of the biggest cases in the office is representing a Russian investor based here in Miami against the country of  Kyrgyzstan in an international arbitration proceeding in The Hague. This is a result of the revolution in April 2010, where the Kyrgyzstan government looted the banks, took over the banks. Along with the banks, it took my investor’s assets so we were forced to file a complaint at The Hague. That’s going to be an international arbitration case.”

The Kyrgyzstan government is already set to fight the case, Santiago Cueto says.

“They actually passed legislation in Kyrgyzstan to allocate funds to hire a law firm to go against me. It was in their local newspapers. So a law firm based here in Miami caused the legislators to meet in Kyrgyzstan to pass a law allowing the country to defend itself about my Russian investor.”

Even though the case was filed in The Hague, Netherlands, in the International Court of Justice, the hearings will be conducted in Toronto. Cueto believes the case will probably take a year to resolve if there are no delays.

Q| Do you see a marked increase in international arbitration litigation cases arising in Miami?

“Miami is becoming an attractive place for foreigners to do business in part because of its expertise in international arbitration. A couple of years ago, the state of Florida passed into law that we are an ‘UNCITRAL jurisdiction,’ meaning that we now follow the United Nations Commission on International Trade model of arbitration. Companies around the world now feel more comfortable doing international arbitration in Florida because many other countries don’d have this regulation.”

Board Certified International Attorney and Founding Partner Santiago A. Cueto focuses his practice on international business law with an emphasis on class action and international commercial litigation, arbitration and transactions. His practice is based in Coral Gables, Florida. He has been featured in the Wall Street Journal, Fox Business News, CNBC, Forbes, the National Law Journal, PC World, the Daily Business Review, the Los Angeles Business Journal, the San Francisco Chronicle, Entrepreneur, and many other media outlets.

Santiago Cueto has represented Fortune 100 companies and foreign governments in a variety of complex commercial litigation and transactions matters. He can be reached by email at sc@cuetolawgroup.com