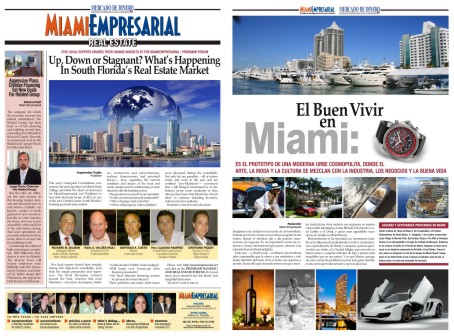 Hialeah, Florida – The Hialeah City Council, at its April 10, 2012 Council meeting, unanimously approved in vote of 7-0 a resolution strongly urging the Miami Marlins to immediately dismiss team manager, Ozzie Guillen, for his remarks about Cuban tyrant, Fidel Castro. Such resolution, introduced by Council President Isis Garcia-Martinez, was done in response to the Time Magazine interview of Mr. Ozzie Guillen where he stated that he respected Fidel Castro. His comments also suggest that he respects dictators such as Hugo Chavez and Daniel Ortega. These statements have insulted not only Cuban-Americans and Venezuelan-Americans who have greatly suffered under the harsh and tyrannical rule of Fidel Castro and Hugo Chavez, but to all Americans who believe in the promise and reality of democracy, as well as freedom for everyone throughout the world. While the City of Hialeah recognizes the importance of free speech as a privilege not to be abused, the City does understand that the making of a published statement, having wide circulation, containing intemperate and offensive remarks, has personal and public consequences.

Council President Isis Garcia-Martinez stated, “The insulting and highly insensitive remarks by Manager Ozzie Guillen have deeply offended members in our community who have suffered and those who continue to suffer under the oppressive, totalitarian regimes of Venezuela and Cuba, as well as those who believe in democracy, freedom and human rights.”

Mayor Carlos Hernandez stated, “I am fully aware that politics and sports should not be mixed together; however, Mr. Guillen’s comments were distasteful, ignorant, and insensitive towards the residents of this community, as well as towards victims who have greatly suffered under the harsh and tyrannical rule of Fidel Castro.  Today I will be sending a letter along with the resolution to Marlins owner, Mr. Jeffrey Loria and Team President David Samson.”