A SENSE OF UNITY, ACCOMPLISHMENT AND PURPOSE DRIVE THE CLOSING CEREMONY OF THE ORGANIZATION’S 32ND ANNUAL NATIONAL CONVENTION

Big plans were drawn up and even loftier expectations were anticipated during the past year, as the board of directors and staff at the United States Hispanic Chamber of Commerce organized the association’s 32nd National Convention in Miami Beach. If anything, the closing gala at the Fontainebleau Hotel left little doubt that Convention Chairman Gabriel Pascual and the USHCC team had more than met every objective set out for them and, in fact, exceeded their own dreams of creating the largest, most successful and prolific meeting of Hispanic business leaders ever.

With stirring words of welcome and appreciation, the evening’s featured speaker, ING‘s Jacqui Robertson, gave way to an elegant, yet emotional ceremony driven by a sense of unity, accomplishment and purpose.

♦ STATE OF THE CHAMBER

After recognizing the dignitaries in attendance, USHCC’s Board Chairperson Nina Vaca Humrichouse offered a rousing “State of the Chamber” speech, in which she elaborated some of the programs and services “near and dear” to her heart that the organization, which represents 3.1 million Hispanic businesses in the U.S. affiliated to 200 local chambers throughout the 50 states, rolled out this year.

“We have grown our chamber membership by 26 new chambers and our corporate partnerships by 31 new corporations, the like of Facebook, Microsoft, Google, ING, Goldman Sachs.” Nina Vaca Humrichouse

“We partnered with a world-class institution, Notre Dame University, and the Mendoza School of Business, which allows the USHCC to give a world-class education to our world-class chambers of commerce.”

Among those programs was also the Visa® Acceptance Program to fund local chambers; the HBE Membership Program to assist firms in developing their business on a national level; and the organization’s award-winning Matchmaking sessions, which brought together 112 Hispanic Business Enterprises and 70 corporations, completing over 1,500 individual matchmaking relationships at the convention.

“This year, we have grown our top-line revenue by 98 percent,” Ms. Vaca Humrichouse announced. “That does not happen in a recession. We have grown our chamber membership by 26 new chambers and our corporate partnerships by 31 new corporations, the like of Facebook, Microsoft, Google, ING, Goldman Sachs.”

The Coors Miller Brewing Company was the object of a special mention, in honor of the 31st anniversary of affiliation with the USHCC. The company has invested $1.7 million to its Urban Entrepreurship Business Plan Scholarship Program and Contest to develop entrepreneurship skills.

In closing her “State of the Chamber” presentation, Ms. Vaca Humrichouse announced that the USHCC is taking steps to transition from an organization into an institution, and that the current administration had “taken the selfless act” to implement term limits —6-year terms for directors, 1-year terms for chairpersons and 1-year terms for vice-chairs— and broaden the scope of the board of directors to admit corporations.

“We don’t know our own strength,” she said. “We don’t realize the power of the Hispanic community, of the Hispanic business community. The USHCC has the potential to be so much more. Can you imagine, if you will, this room filled with 20 thousand people? That’s the potential we have. The Hispanic community is such a vital part of where America goes. If you read the Wall Street Journal, you’ve been reading lately about how America is falling behind. Our immigration system is broken; our education system is broken. Everything is broken. But if you study business, you know that if you ‘google’ the local 1,000 largest companies in the world, you will find that entrepreneurs have, in fact, changed the world. Entrepreneurship has always been what America has been good at. It is what we have been good at. A rising tide will float all boats and the rising tide of the Hispanic community with float the boat of education, of entreprenurship, of immigration; it will float all boats, so we need to be that rising tide. We need to understand what our power is in America.” 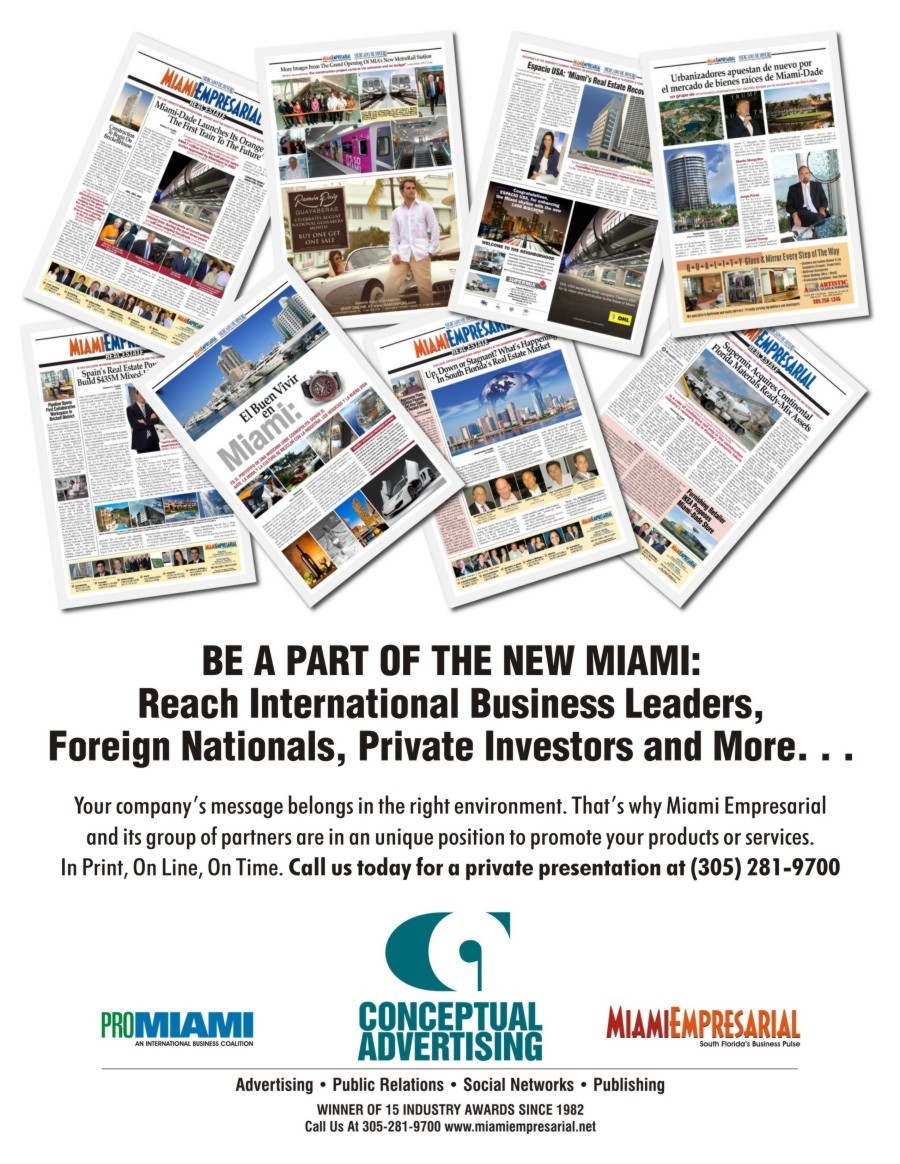 One thought on “USHCC: “Job Creators” in Miami Beach”